An Investigation into Sustainable Travel 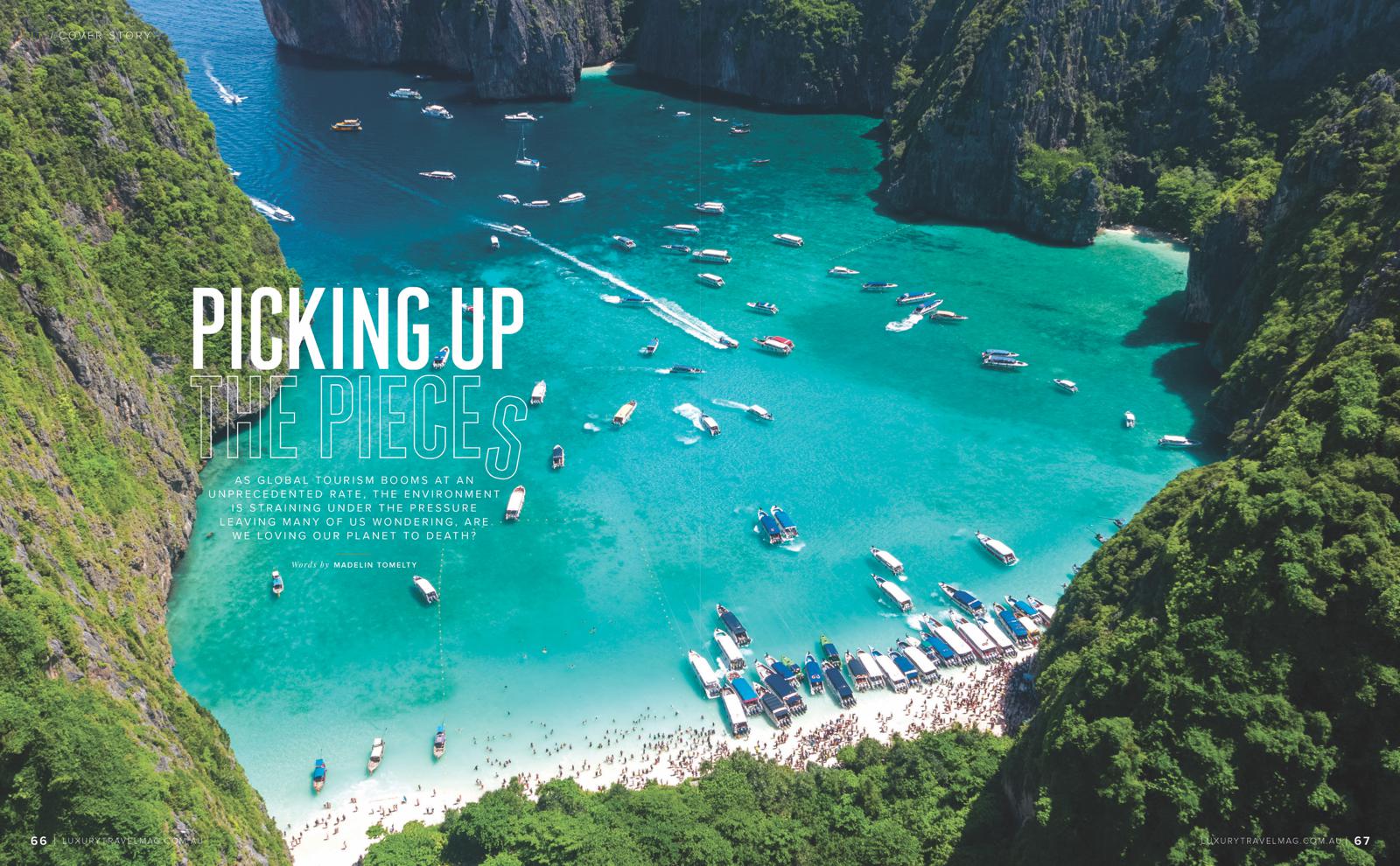 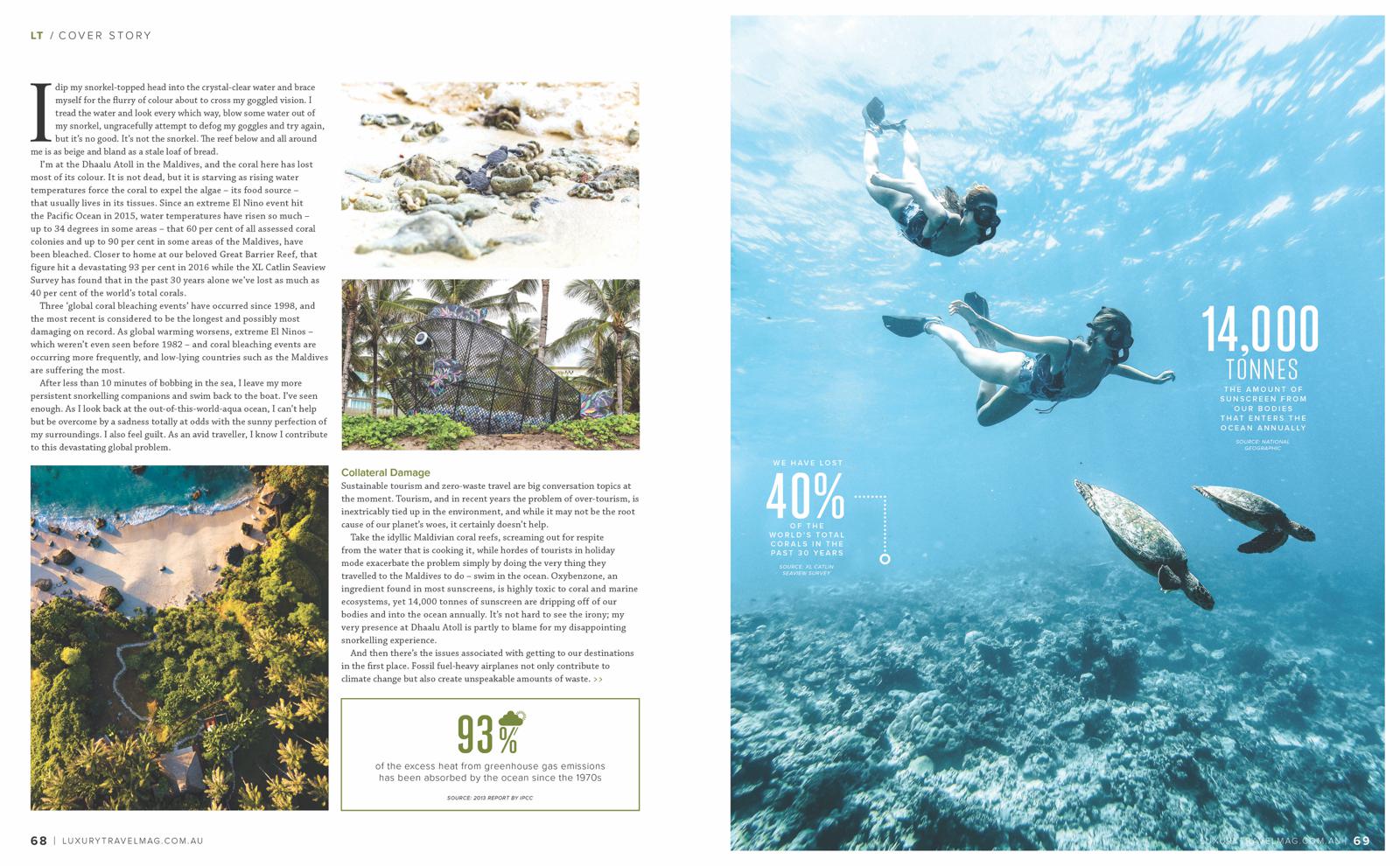 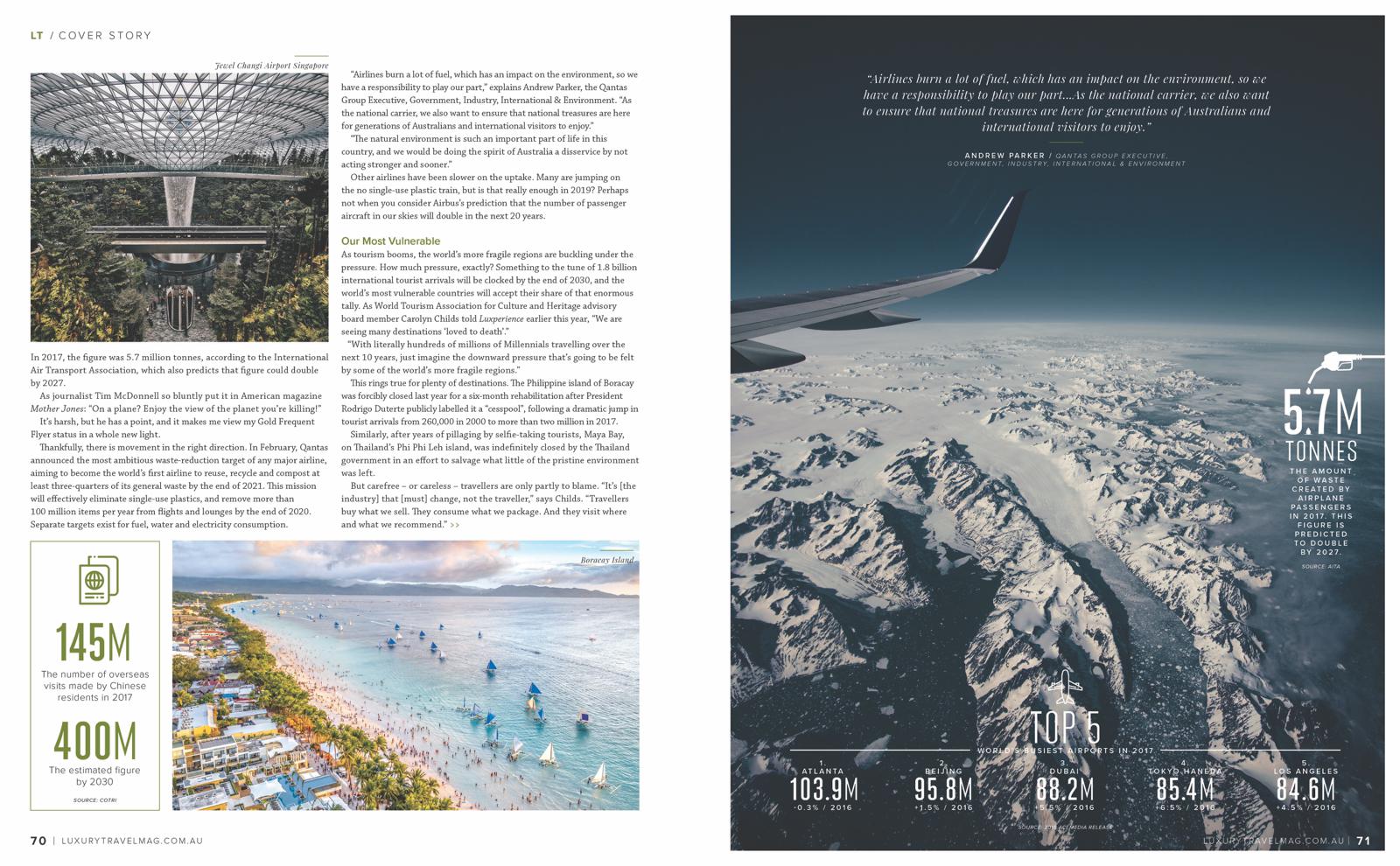 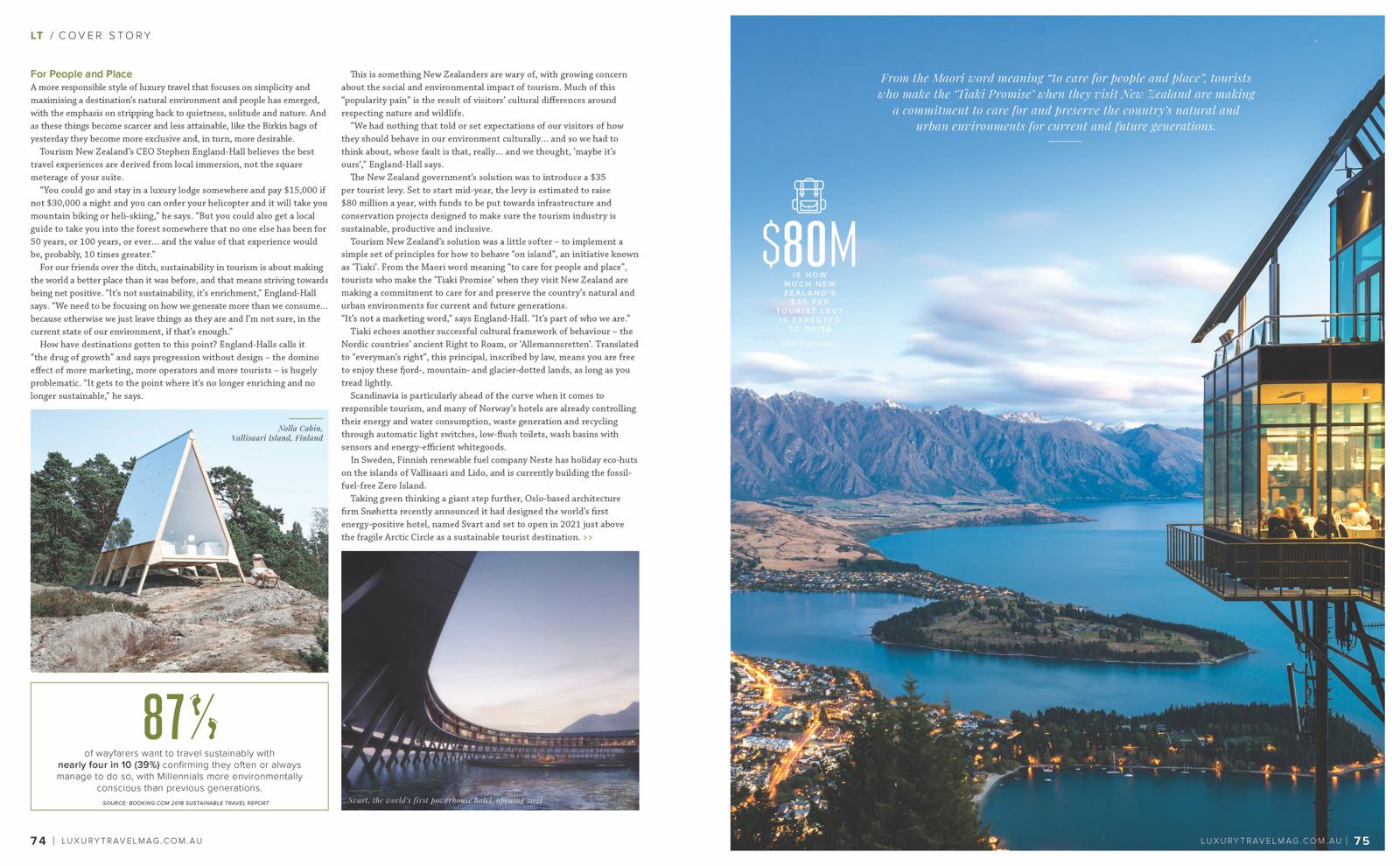 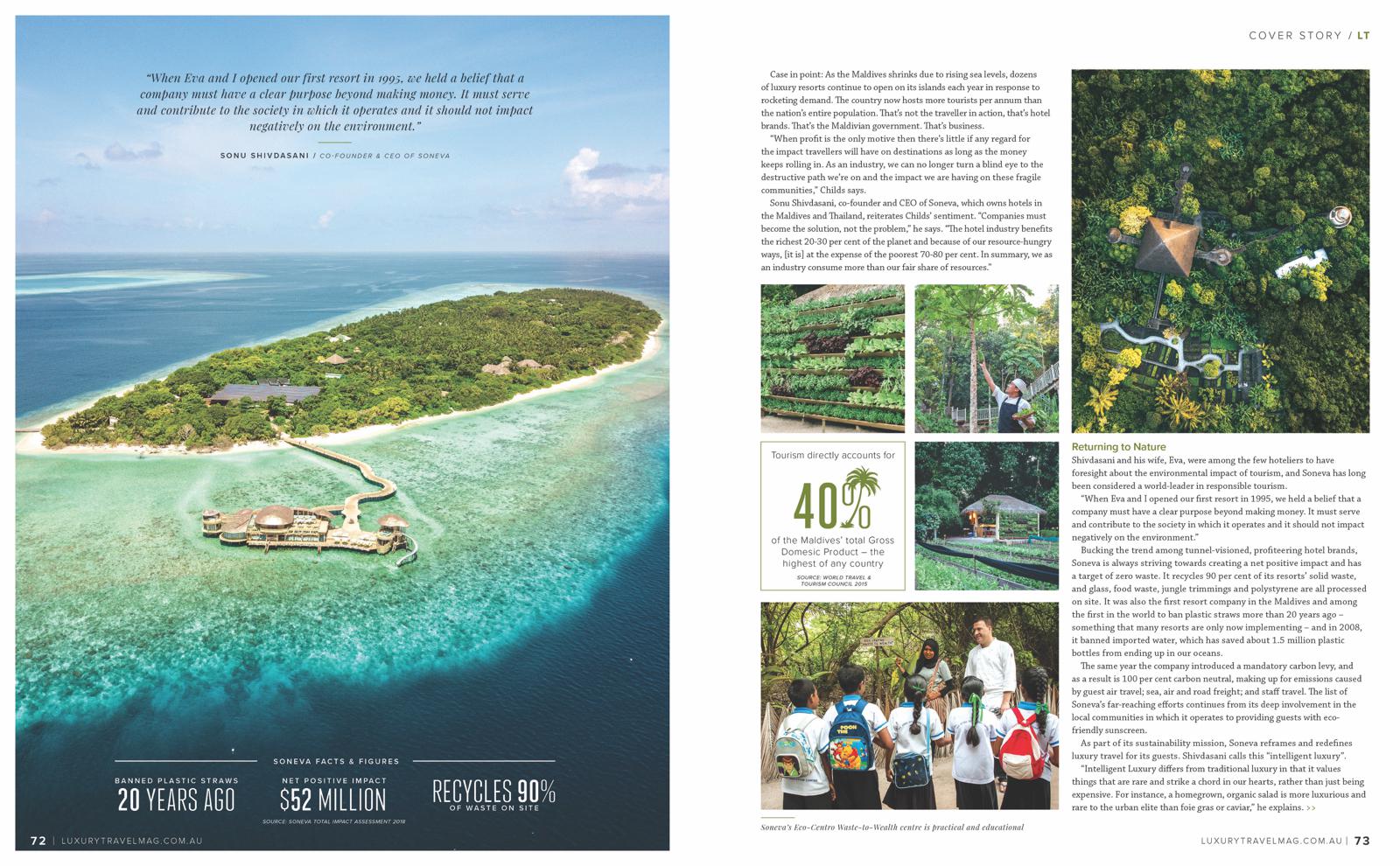 As global tourism booms at an unprecedented rate, the environment is straining under the pressure leaving many of us wondering, are we loving our planet to death?

I dip my snorkel-topped head into the crystal-clear water and brace myself for the flurry of colour about to cross my goggled vision. I tread the water and look every which way, blow some water out of my snorkel, ungracefully attempt to defog my goggles and try again, but it’s no good. It’s not the snorkel. The reef below and all around me is as beige and bland as a stale loaf of bread.

I’m at the Dhaalu Atoll in the Maldives, and the coral here has lost most of its colour. It is not dead, but it is starving as rising water temperatures force the coral to expel the algae – its food source – that usually lives in its tissues. Since an extreme El Nino event hit the Pacific Ocean in 2015, water temperatures have risen so much – up to 34 degrees in some areas – that 60 per cent of all assessed coral colonies and up to 90 per cent in some areas of the Maldives, have been bleached.

Closer to home at our beloved Great Barrier Reef, that figure hit a devastating 93 per cent in 2016 while the XL Catlin Seaview Survey has found that in the past 30 years alone we’ve lost as much as 40 per cent of the world’s total corals.

Three ‘global coral bleaching events’ have occurred since 1998, and the most recent is considered to be the longest and possibly most damaging on record. As global warming worsens, extreme El Ninos – which weren’t even seen before 1982 – and coral bleaching events are occurring more frequently, and low-lying countries such as the Maldives are suffering the most.

After less than 10 minutes of bobbing in the sea, I leave my more persistent snorkelling companions and swim back to the boat. I’ve seen enough. As I look back at the out-of-this-world-aqua ocean, I can’t help but be overcome by a sadness totally at odds with the sunny perfection of my surroundings. I also feel guilt. As an avid traveller, I know I contribute to this devastating global problem.

Sustainable tourism and zero-waste travel are big conversation topics at the moment. Tourism, and in recent years the problem of over-tourism, is inextricably tied up in the environment, and while it may not be the root cause of our planet’s woes, it certainly doesn’t help.

Take the idyllic Maldivian coral reefs, screaming out for respite from the water that is cooking it, while hordes of tourists in holiday mode exacerbate the problem simply by doing the very thing they travelled to the Maldives to do – swim in the ocean.