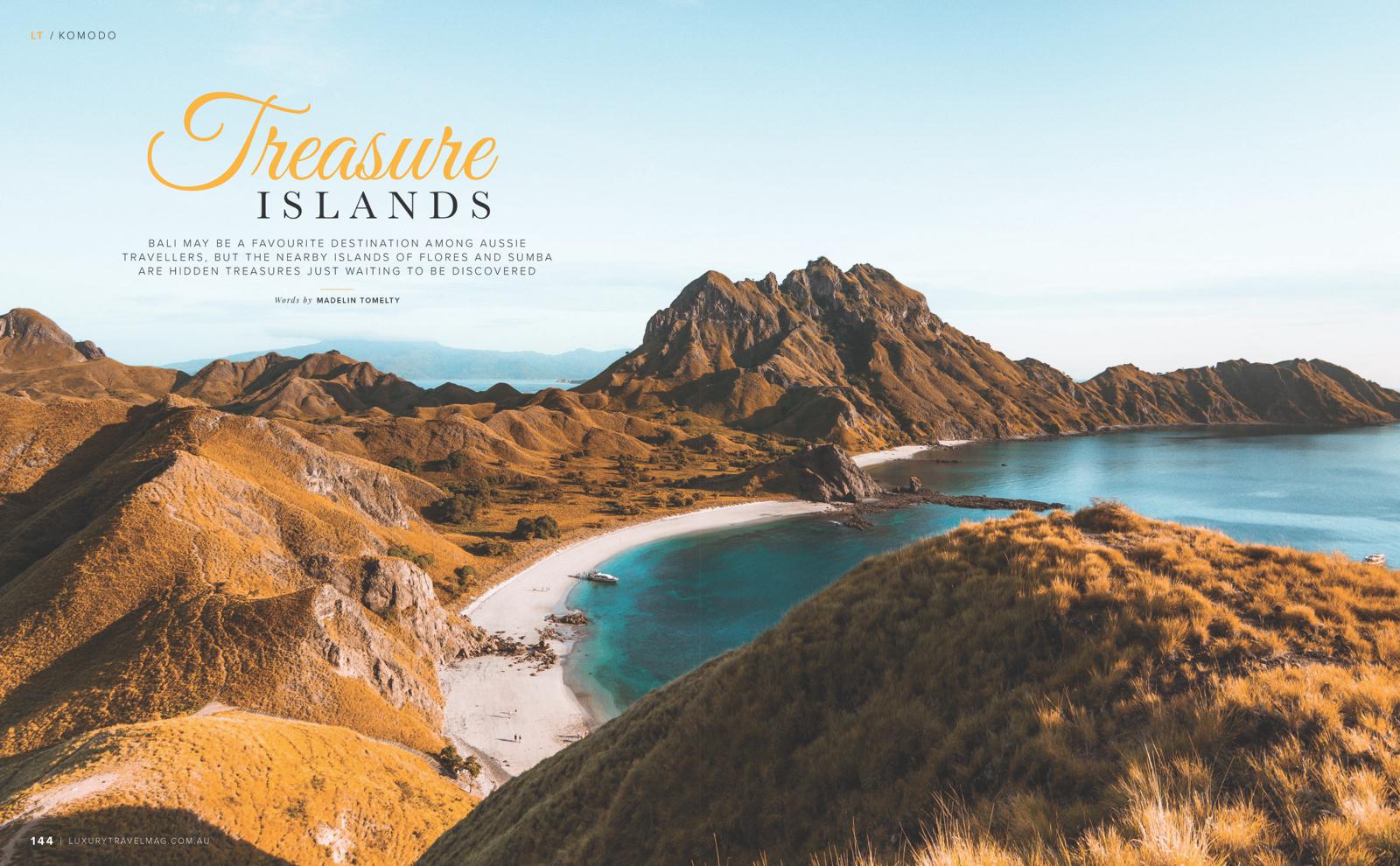 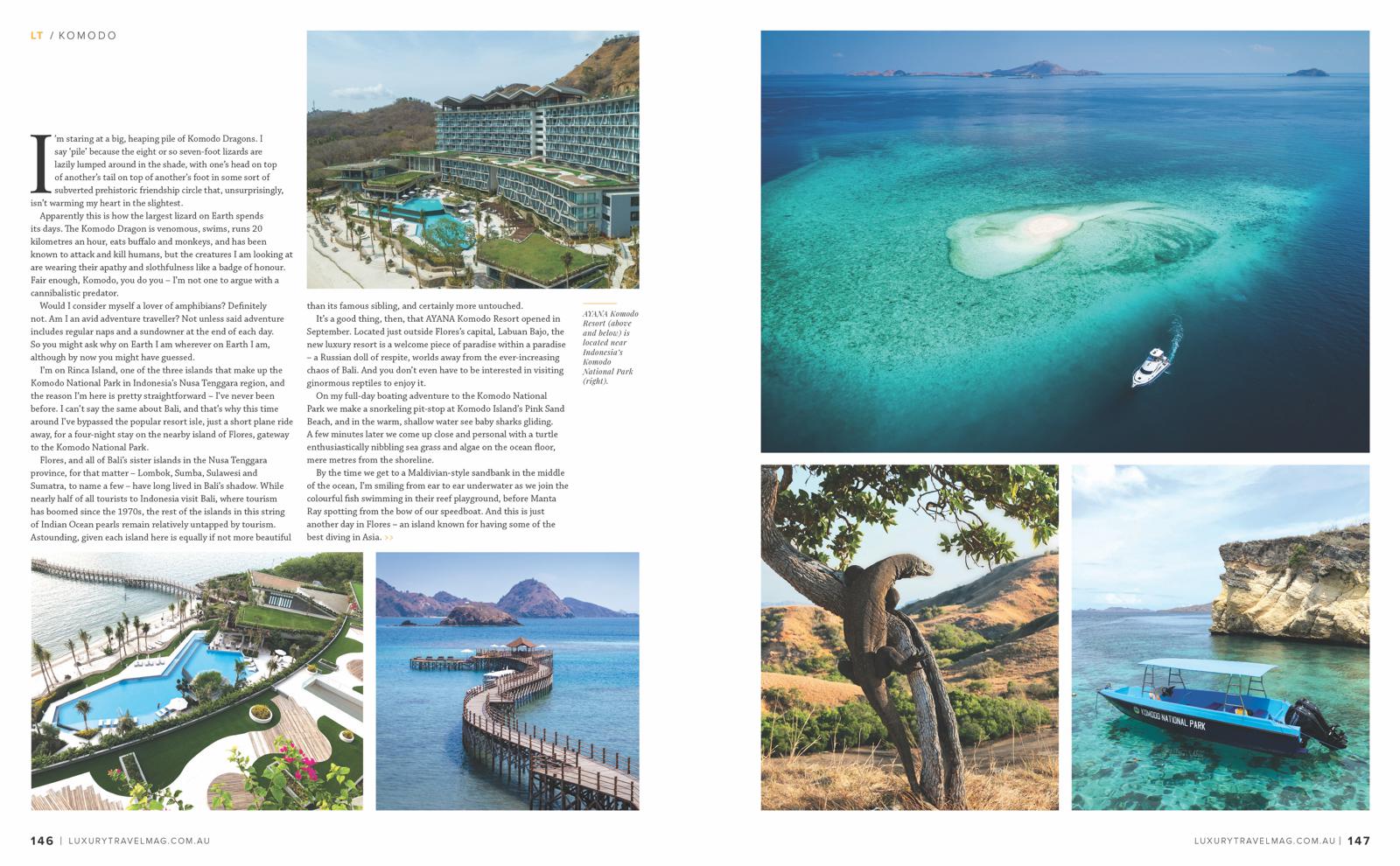 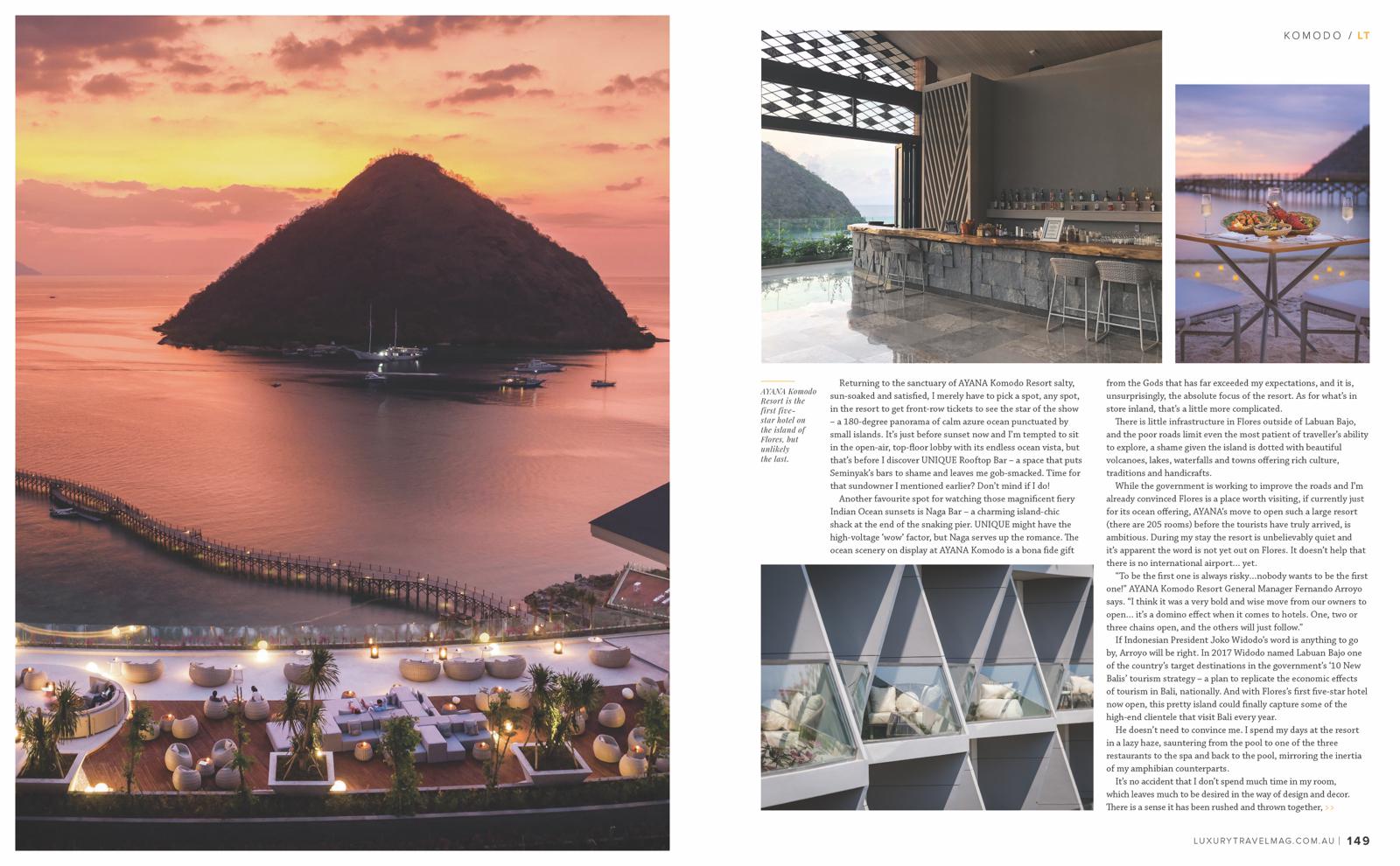 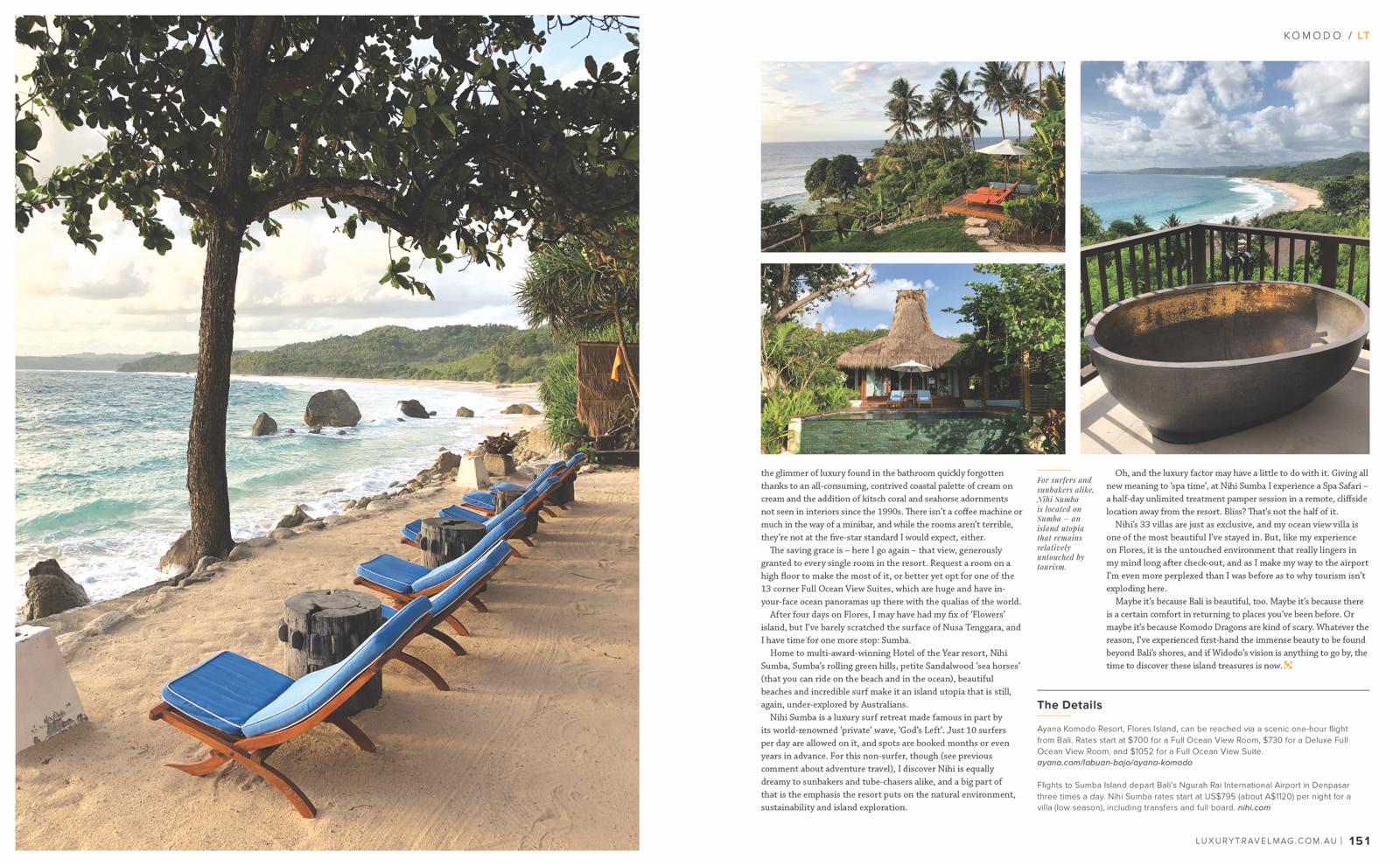 Bali may be a favourite destination among Aussie travellers, but the nearby islands of Flores and Sumba are hidden treasures just waiting to be discovered

I’m staring at a big, heaping pile of Komodo Dragons. I say ‘pile’ because the eight or so seven-foot lizards are lazily lumped around in the shade, with one’s head on top of another’s tail on top of another’s foot in some sort of subverted prehistoric friendship circle that, unsurprisingly, isn’t warming my heart in the slightest.

Apparently this is how the largest lizard on Earth spends its days. The Komodo Dragon is venomous, swims, runs 20 kilometres an hour, eats buffalo and monkeys, and has been known to attack and kill humans, but the creatures I am looking at are wearing their apathy and slothfulness like a badge of honour. Fair enough, Komodo, you do you – I’m not one to argue with a cannibalistic predator.

Would I consider myself a lover of amphibians? Definitely not. Am I an avid adventure traveller? Not unless said adventure includes regular naps and a sundowner at the end of each day. So you might ask why on Earth I am wherever on Earth I am, although by now you might have guessed.

I’m on Rinca Island, one of the three islands that make up the Komodo National Park in Indonesia’s Nusa Tenggara region, and the reason I’m here is pretty straightforward – I’ve never been before. I can’t say the same about Bali, and that’s why this time around I’ve bypassed the popular resort isle, just a short plane ride away, for a four-night stay on the nearby island of Flores, gateway to the Komodo National Park.

Flores, and all of Bali’s sister islands in the Nusa Tenggara province, for that matter – Lombok, Sumba, Sulawesi and Sumatra, to name a few – have long lived in Bali’s shadow. While nearly half of all tourists to Indonesia visit Bali, where tourism has boomed since the 1970s, the rest of the islands in this string of Indian Ocean pearls remain relatively untapped by tourism. Astounding, given each island here is equally if not more beautiful than its famous sibling, and certainly more untouched.

It’s a good thing, then, that AYANA Komodo Resort opened in September. Located just outside Flores’s capital, Labuan Bajo, the new luxury resort is a welcome piece of paradise within a paradise – a Russian doll of respite, worlds away from the ever-increasing chaos of Bali. And you don’t even have to be interested in visiting ginormous reptiles to enjoy it.